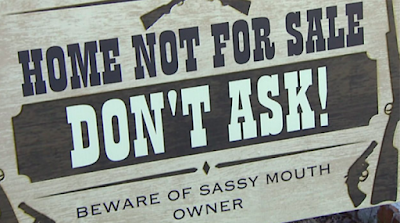 If you are making $40,000 a year, you can just barely afford a one-bedroom apartment in the San Fernando Valley. No, not Encino. Not going to happen. One bedroom apartments start at $1200 a month, and those are almost impossible to find. Studio for $1200. Sure. If you find one in a neighborhood that doesn’t have bars on the windows, there will be five other folks fighting for the key.

Amazingly, with those kinds of rents, we aren’t seeing massive apartment complexes being built. Where are the cranes?

A three bedroom, three bath home in Culver City, Westchester, or Hawthorne is likely to be selling for $750,000 to over $1 million. On the ocean side of the 405? Fuggedaboutit! So where are the new developments? Why aren’t homeowners and residential property investors selling their houses and condos, then taking the profits?

It only makes sense that the boomers, now in their 50’s and 60’s have no plans to sell. They might own the house outright. Even if they have a mortgage, they’re paying 3.5% interest and this is tax deductible. Moving is crazy difficult at any age. Who wants to go to the headache? If this isn’t enough, there’s nothing available to buy. Anything good that comes on the market has cash offers from frantic families who are tired of paying rent, and newly arrived techies who have money to burn.

According to Freddie Mac, a record 33% of seniors intend to stay put. Those are just the ones who have no intention of moving. What about the other 66% who might like to move, but see to many headaches to make the move worthwhile. The result – A huge number of the best homes are off the market.

Construction companies are in the business of building homes and apartments. Why aren’t they doing more of it? In most past housing shortages in a good economy, the builders would have quickly started getting permits and building more product. Then, of course, they overbuild and the prices go down. Why not this time? The list of reasons is long and unlikely to change:

A.    No land available to build on. Land or teardowns on potential land are too expensive to build on profitably.
B.    Builders don’t trust this economy. They are super cautious about interest rates going up, the economy going down, and then they get stuck with units they can’t rent or sell.
C.     Skilled worker shortage. Generally, downturns in construction are short lived and tradespeople are able to weather the slower work periods until the next upturn. This time many construction workers left the profession and aren’t coming back.

3.    Regulations, taxes, fees, and paperwork are driving up the cost of new homes and apartments

Builders want to build and some are willing to take the risk, find the place to build, and hire or train new workers, but governments at every level are working to keep building from happening. We all want safe, environmentally efficient homes, affordable residences, and lovely communities around our homes. But every one of those desires comes at a cost. The cost is eventually born by the consumer. If the consumer is not willing to pay this price and the government has shown very little interest in subsidizing builders, then projects that might be viable with less regulation, less taxes, or fewer restrictions, won’t get done.

Then you have many cities or communities who have the NIMBY (not in my back yard) thinking. They want their community to stay the way it is, and they use the ballot box and zoning laws to keep certain kinds of housing out, or to keep the population static.

4.    Almost impossible for builders to catch up with pent up demand

Kids are living with their parents into their late 20’s or even 30’s. People who’d rather live alone are living with roommates. Huge numbers of folks are living 45 minutes or more from work, because they can’t afford to live closer. Therefore, even if housing starts increased, the demand is so strong that it couldn’t be satisfied for years into the future.

The demand in Los Angeles and all of SoCal is also coming from tech workers moving South from Boston, Seattle, Oregon, and the Bay Area. Additional demand is coming from all over the planet, with the climate and the beaches drawing wealthy immigrants from Asia, the Middle East, and Europe. These folks can all afford to pay for expensive properties.

5.     Immigration from Mexico has slowed now, but it will be back

Illegal immigration from primarily Mexico has been slowed and almost stopped for many years, not by the efforts of the federal government, but by the lack of jobs in the US. But now there are jobs available again, and the demand for better paying jobs that immigrants can do well,  will create substantial increases in new housing demand. There is no possibility that Southern California will be building enough low cost housing to take care of this influx. So, look to a time when doubling and tripling-up will again be the norm for these families.

It is possible that a substantial recession, not the three-month type or even the mild
nine-month kind that is likely sometime soon, could moderate things for a year or two. Permits being applied for now will not see shovels turning dirt for 18 months or longer, so a mild downturn won’t affect building plans already going through planning departments.

How should you play this real estate market?

Whit Prouty says this: “Don’t make your decisions about buying or selling a home based on the market conditions. Buy based on your need. If you want to move right now, you might feel like you are buying high, but you’ll also be selling high. You’ll lose your amazing interest rate, but rates are still under 4%. If you are buying your first home, you may be overpaying to some degree, but you will still be financially better off within three years or so compared to renting. And 10 years from now, you’ll be thrilled that you bought a place.”